On April 13, 1970, Licking County Commissioners, Russell Hoar, Thurman Love and Donald Hill had an important item of business before them. Looking for ways to address pressing housing needs across the county, they voted to create a local housing authority. After their plan was approved by the State of Ohio, the commissioners, Newark Mayor, James Alexander and judges from the county’s probate and common pleas courts appointed five local men—Julius Blum, Clarence Feil, Melvin Foor, George Hatfield and George Wood—to terms on the board of commissioners for the newly christened Licking Metropolitan Housing Authority. The board’s first meeting was held September 16, 1970.

However, LMHA’s roots really extend much farther back than that September day in 1970. Substandard housing was recognized as a problem as early as the 1890s during the Industrial Revolution as masses of immigrants and other would-be factory workers poured into the nation’s urban areas. Housing was considered a local problem until it became a national policy issue during World War I and then a national crisis when the Great Depression gripped the country in the late 1920s and early 1930s.

In response, Congress passed the National recovery Act as part of President Franklin D. Roosevelt’s New Deal in 1933. While the thrust of that initiative was to spur economic growth that would help many people improve their housing conditions through employment, some $150 million was set aside for the Housing Division of the Public Works Administration. Thus, the nation’s public housing program was born. From there, Congress approved the Housing Act of 1937. It established the U.S. Housing Authority and authorized it to make loans to public agencies for housing development.

The federal government’s role in providing affordable housing continued to grow through the ensuing decades and boomed during President Lyndon B. Johnson’s “war on poverty” efforts during the mid 1960’s. The Housing Act of 1965 created the U.S. Department of Housing and Urban Development (HUD) and the first presidential cabinet seat for housing policy. Three years later, the Housing Act of 1968 established the nation’s first rental subsidy program.

This climate of extending national housing policies to the grassroots level resulted in the formation of local housing authorities across the country. In Ohio, these public bodies were to be organized under guidelines established by the State Legislature. They required that each housing authority be governed by a board of commissioners who are appointed by the mayor of the largest city in the county, the county commissioners, probate court judge and common pleas court judges. That appointment structure remains in place today.

Upon their appointment in 1970, the five LMHA commissioners wasted little time in getting to work. Their first project was conducting a survey to determine the county’s most critical housing needs. The survey indicated the board’s first priority should be to develop decent, affordable housing for Licking County’s elderly.

On April 21, 1971, the board passed a resolution to develop an elderly housing project in Newark’s central business district. A year later, the Newark architectural firm of Joseph E. Baker & Associates was hired to create plans for a seven-story, high-rise apartment building for the elderly at the southwest corner of North Fifth and West Church streets. The firm’s design, which called for a rectangular building with colored glass windows, a front portico and a rear garage whose roof could serve as a patio, so impressed HUD officials that it would be used in other federally funded housing projects.

On June 20, 1974, The Advocate trumpeted the good news that the federal government had approved $2,732,650 for construction of LMHA’s 100 unit, senior citizen high rise. Over the next two years, The Advocate kept local residents apprised of the building’s progress. The dream of the LMHA board became a reality on June 15, 1976, when the high rise welcomed its first tenants. The building was officially dedicated on October 24, 1976.

The 1970s were also marked by two other important developments in LMHA’s history.

Also in 1976, LMHA was awarded its first Section 8 housing contract from HUD, with 100 rental units receiving a total of $158,760 in rental subsidies. The Section 8 program, which provides rent subsidies to income-eligible households, was created in t947 under the National Housing and community Development Act. LMHA added another 62 Section 8 housing certificates in April 1977. By 1980, 213 local families were living in Section 8 housing. The 1980s and early 1990s at LMHA were highlighted by improvements to the senior citizen high rise and the growth of the Section 8 program.

In 1980, a second elevator was added at the high rise. The LMHA staff moved into offices in the building a year later. In 1984, a fire alarm and emergency call system was installed and improvements made to the heating system. High rise residents were happy to get the news in 1987 that new windows were being installed and they could have pets if they liked. New carpeting, bath vanities and kitchen cupboards were installed and lightning protection system added in 1990. New paint and carpeting brightened the lobby in 1993, and landscaping improvements enhanced the building’s grounds that same year. A new roof over the community room and security cameras was installed in 1996.

LMHA gradually increased its number of Section 8 vouchers and certificates during the 1980s. By the mid 1990s, it began to focus more of its attention on new community based programs aimed at easing the county’s housing problems. In a 1995 partnership with the Licking County community Development Department, LMHA kicked off a Tenant-Based Rental Assistance Program for 25 families with funding provided by the State of Ohio. A similar program was launched with the city of Newark in 1996 through the use of State of Ohio HOME funds obtained by the city’s Division of Community Development.

In 1997, a flurry of events driven by the board of commissioners set LMHA on a more proactive course toward addressing local housing issues. The board’s first step in that direction came in August 1997 when it hired the Columbus firm of Burn, Bertsch and Harris to develop a strategic plan for the Housing Authority. By year end, the board had agreed to discontinue its long standing contract with the Mansfield Metropolitan Housing Authority in favor of hiring a locally based executive director. In June 1998, Sylvia-Ray Taylor, who had previously served in community development positions with the cities of Newark and Bowling Green Ohio, was named LMHA’s executive director.

Some of the more notable accomplishments of the past two years include:

As the new millennium unfolds, LMHA staff members and the Board of Commissioners are committed to building on the Housing Authority’s many accomplishments of the past 30 years. LMHA’s mission remains unchanged from that September day in 1970 when its founding directors pounded the gavel to begin their meeting. The agency continues to be committed to providing long term, quality housing opportunities for local residents and helping them achieve independence and a better quality of life. 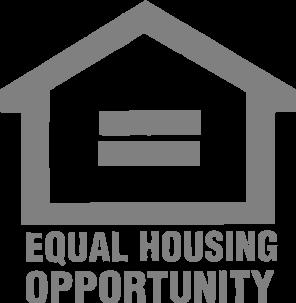